MIT researchers use space to solve the chronic pain of osteoarthritis 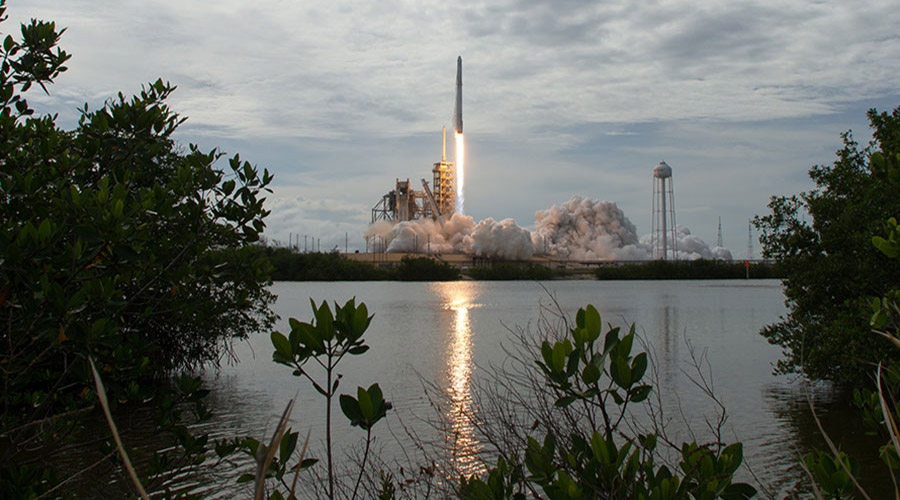 Osteoarthritis (OA) is a leading cause of disability and inflicts a growing socioeconomic cost worldwide. The risk of OA increases with age and largely affects the elderly, but joint injuries increase the risk of developing OA and can occur even in young adults. Injuries from sports, vehicle accidents, and other sources of trauma to joints can lead to OA in patients of all ages. This post-traumatic osteoarthritis (PTOA) represents 12% of the total OA patient population, affecting nearly 6 million people in the U.S. alone. A large portion of those afflicted are military personnel, 30% of whom develop PTOA from combat injuries.

There is currently no approved therapy to prevent onset of chronic PTOA, which can involve lifelong pain and dysfunction that inhibits daily activities, employment, and recreation.

Amidst the supplies for crew members and International Space Station (ISS) maintenance launching on SpaceX’s 17th commercial resupply services mission this week is a complex and promising ISS National Lab research study that aims to understand why some injuries result in PTOA while others heal and recover.

Perhaps more importantly, the research team from the Massachusetts Institute of Technology (MIT), led by Dr. Alan Grodzinsky, seeks to demonstrate that there is a time immediately following injury when currently available therapeutics can be effective in preventing PTOA.

OA is the most common form of arthritis, or inflammation of a joint. In people with OA, the cartilage present on the ends of bones slowly deteriorates. Cartilage is a slippery tissue that allows near-frictionless motion within joints—but as it deteriorates, it becomes rough, leading to joint pain and dysfunction. The cartilage can eventually wear down completely, which can make joint replacement surgery necessary.

Developing slowly and worsening over time, the symptoms of OA include pain during or after movement, tenderness to even light pressure, joint stiffness, loss of flexibility, a grating sensation, bone spurs, and decreased tolerance for walking, playing sports, climbing stairs, and other activities.

Knee injury, such as injury affecting the anterior cruciate ligament (ACL) or meniscus (the shock-absorbing cartilage in the knee), is the most prevalent contributor to PTOA worldwide, with 700,000 cases annually in the U.S. Approximately 50% of individuals with any type of knee injury develop PTOA within 10 years, and the frequency of the disease appears to be increasing.

Sadly, restoring joint stability, for example via ACL reconstruction in the knee, does not reduce the risk of developing PTOA. This indicates that mechanical factors are not the primary culprit in determining who develops chronic disease. Other factors are at play in the early initiation of cartilage breakdown, and their identification will play a critical role in early detection, diagnosis, and prevention of PTOA.

So how do researchers study this complex and important disease? Most studies investigate the impact of trauma on tissue models of human cartilage, as cartilage degradation is the primary cause of joint pain and dysfunction. However, joint injuries may damage cartilage, bone, ligaments, and/or the meniscus (in the knee), which alters the fundamental biomechanics of the joint—how it moves and interacts with the surrounding tissues, including the synovial membrane (the tissue that lines joints and produces a lubricating, plasma-like fluid).

Because many factors may contribute to how quickly the joint “wears out,” isolating the cartilage tissue type in research studies does not always reflect the complex mechanisms at play within a human joint. Molecular, mechanobiological, and cellular events in multiple tissues are likely involved in the onset and progression of PTOA. Animal models have helped in understanding some of the underlying disease mechanisms of PTOA, but ethical issues and difficulty extrapolating findings from the animal models limit these approaches.

One new technique that promises to uncover novel therapeutic options is the use of a microphysiological system (MPS, or tissue chip). Dr. Grodzinsky’s ISS National Lab project, co-sponsored by the National Institutes of Health’s National Center for Advancing Translational Sciences (NIH NCATS), employs this state-of-the-art tissue culturing technique. These tiny 3D systems are engineered to provide an environment for co-culturing multiple human cell types that act together to replicate the functions of tissues, better reflecting the complex interactions of human organ systems. In this case, Grodzinsky’s MPS will model a human joint, using cells of three different tissue types donated by human subjects.

Very little is known about the molecular mechanisms underlying PTOA initiation and progression. In addition to the obvious physical damage, mechanobiological, molecular, and cellular changes to cartilage and other joint structures appear during the days following joint injury. In particular, inflammation occurring immediately after joint injury appears to play a key role in onset of chronic PTOA. The inflammation will resolve for some individuals, but for others, the silent damage continues despite the absence of symptoms and an apparent recovery.

Some people experience PTOA in a year or less after surgery—others remain asymptomatic for 10 to 20 years after the trauma. However, research strongly indicates that PTOA development in an injured joint begins during the initial traumatic event and is related to several key factors, including the release of pro-inflammatory molecules in the synovial fluid. The concentration of these molecules, secreted primarily by cells in the synovial membrane, can be increased 1,000-fold during the hours following injury. This period during the early inflammatory response may represent an early window to treat patients and prevent chronic damage and joint pain.

Grodzinsky’s MPS is a cartilage-bone-synovium joint model that includes a co-culture of primary human cells from each of these three tissue types. The interactions between cartilage, bone, and synovium in joints are critical for joint function and human motion, and their complex interrelationship has not been well studied in the context of PTOA onset and progression. Grodzinsky’s project will study the effects of various pharmacological agents on bone and cartilage deterioration on Earth and in space. Previous studies have shown that the lack of gravity onboard the ISS makes musculoskeletal disease progression more rapid and/or severe.

Recent advances in bioengineering have enabled the manufacture of systems using human cells on chips to represent functional units of an organ. In parallel, developments in stem cell technology allow cultivation of tissue from humans with specific disease conditions. Advancing this research on the ISS National Lab promises to accelerate the discovery of molecular mechanisms that underlie a range of common human disorders and to improve understanding of drug targets and treatments in an environment that better mimics 3D tissue structures within the body.

The ISS National Lab is collaborating with NCATS and NIH’s Institute of Biomedical Imaging and Bioengineering (NIBIB) to support multiple funding opportunities focused on human physiology and disease in these areas, featuring MPS research. Dr. Grodzinsky’s project was awarded as part of a 2016 research competition within this collaboration, through which NIH provided funding for space-based research investigations to benefit life on Earth.

Specifically, Grodzinsky’s multifaceted experiment will examine various aspects of the MPS and its ability to elucidate novel aspects of disease mechanisms involved in PTOA:

The team will apply quantitative, computational, and high-throughput approaches to the experiment and subsequent analyses. This allows the potential for the discovery of new biomarkers (to aid in early diagnosis) as well as the study of individual responses to therapeutics to improve patient outcomes. In addition, analyses following return of the MPS to Earth will include assessments of MPS response to “loading” (simulating physical therapy).

Better understanding individual molecular, mechanobiological, and cellular events involved in the onset and progression of chronic PTOA is paramount to identifying novel treatment approaches. Ideal therapy should include early clinical intervention during the first phases after joint injury—but we must first understand the complex tissue interactions within joints following these injuries.

Detection and diagnosis of those at high risk of developing PTOA could enable early treatment, before any major structural damage has occurred in the joint or before pain becomes chronic. Such early intervention is common in the management of diabetes, heart disease, and osteoporosis, but for those individuals suffering from chronic pain, preventive medicine is still beyond reach. Creative and advanced biomedical approaches to studying disease—on Earth and in space—can hopefully provide relief to the military personnel, student athletes, and millions of others afflicted by PTOA.